Committed to an Electric Future

More than 80 models of plug-in hybrid (PHEV), fully electric (BEV), and fuel cell electric vehicles (FCEV) are available now to consumers — and more are on the way. Automakers are providing our customers with record-breaking choice in energy-efficient models, while also providing even safer, more environmentally friendly, affordable vehicles. The automotive industry is investing more than $330 billion by 2025 in its commitment to vehicle electrification. Electric vehicles (EVs) are an important part of our mission, both in the U.S. and around the world.

Consumers have more choice than ever before in electric vehicles (EVs). As recently as 2012, there were only a handful of EVs on sale. Today, there are more than 80 -- including 40 battery electric, 40 plug-in hybrid electric vehicles, and 3 fuel cell vehicles - with more models in development. Today, consumers can buy EVs of all shapes and sizes — small cars, large cars, SUVs and minivans, in 2WD or AWD, with shorter and longer ranges, from economy vehicles to luxury models and everything in between. Yet, more work is needed to inform consumers about the benefits of going electric. Automakers and other stakeholders are spearheading consumer awareness campaigns, including Veloz  in California and the Drive Change. Drive Electric. in northeastern states.

Model Availability as of March, 2022. Fuel cell electric vehicles are currently only available for sale in California where hydrogen refueling infrastructure is available to support these vehicles. 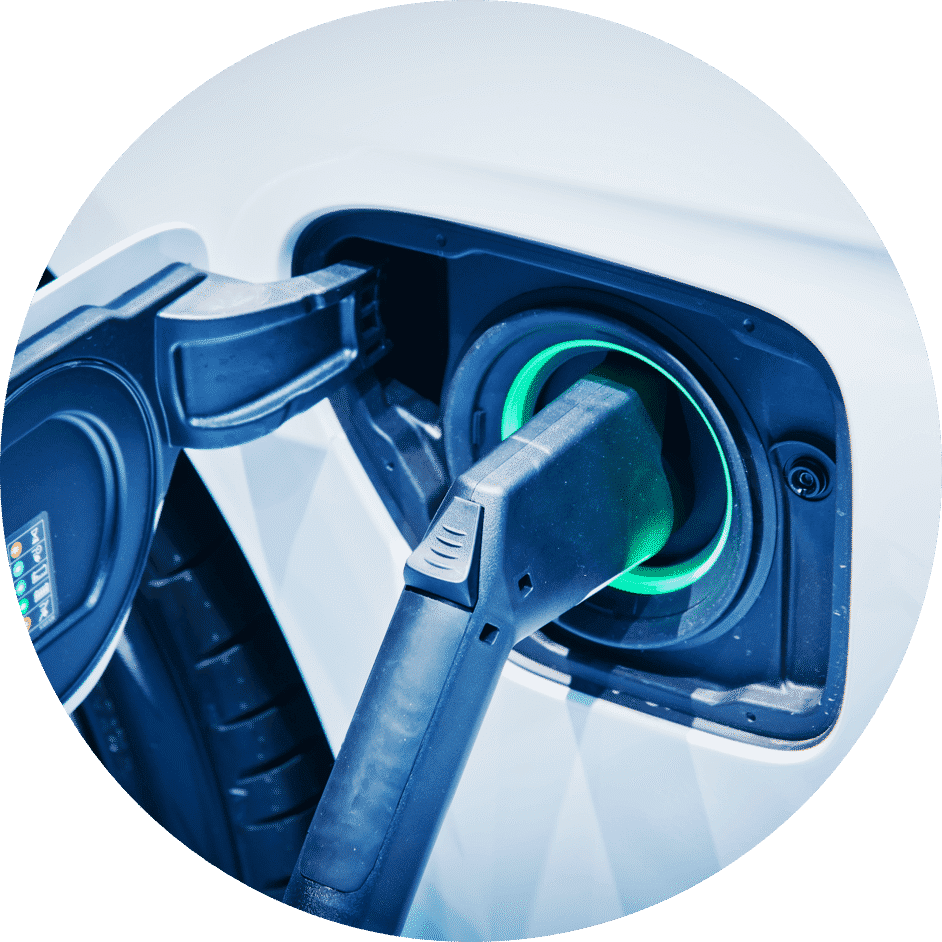 There are two types of plug-in electric vehicles on sale today.

Battery Electric Vehicles: All-electric cars powered solely by a battery on board the vehicle.  Range varies from 85 miles to 250 miles.  “Refueling” times to charge the battery depend on the level of charging used – typically, 30 minutes to 1 hour for fast charging and 4 to 6 hours using Level 2 charging (e.g., home charger).

Plug-in Hybrid Electric Vehicles: Vehicles powered by a combination of a battery on board the vehicles and a gasoline engine. Battery range varies between 15 and 50 miles, at which point the gasoline engine seamlessly operates to drive another 350-615 miles.  Refueling time for the gasoline engine is 5 minutes (owners can drive a PHEVs indefinitely on gas only), and “refueling” time to charge the battery is typically 2-6 hours with Level 2 charging (e.g., home charger).

Fuel cell electric vehicles (FCEVs:) All-electric cars powered by the conversion of hydrogen into electricity.  Range of FCEVs is typically 350 to over 400 miles.  Refueling times are about 5 minutes.

ZEV Mandate States
Special provisions in the Clean Air Act allow states to either follow the federal requirements or adopt California’s vehicle emission regulations. Currently, ten states are following California and implementing the Zero Emission Vehicle (ZEV) regulations, including the requirements that about 7 to 10% of new vehicles must be electric vehicles in 2025. These states include Colorado, Connecticut, Maine, Maryland, Massachusetts, New Jersey, New York, Oregon, Rhode Island and Vermont.

ZEV Sales
ZEV purchases will need to increase dramatically in order to meet targets supported by California and ten other states with the ZEV mandate.

Fleets: States Should Buy More EVs
Governments at all levels buy vehicles for official purposes, and these government fleets represent a potential source of ZEV sales. Governments can lead by example by increasing the number of all types of electric vehicles in their fleets. 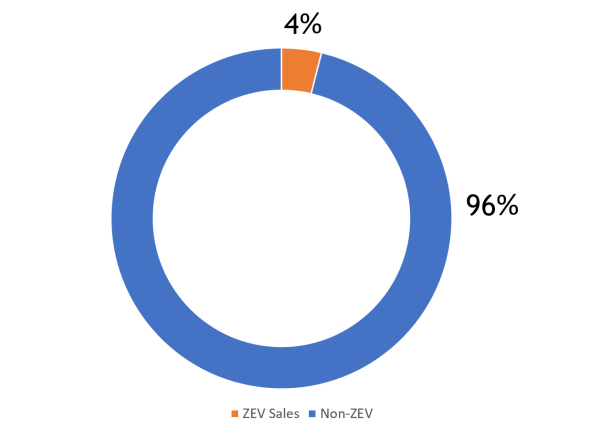 Nationwide, new vehicle sales of electric vehicles were about 2% in 2019.  About half of those sales were concentrated in California. Most of sales outside of California are in states with incentives. 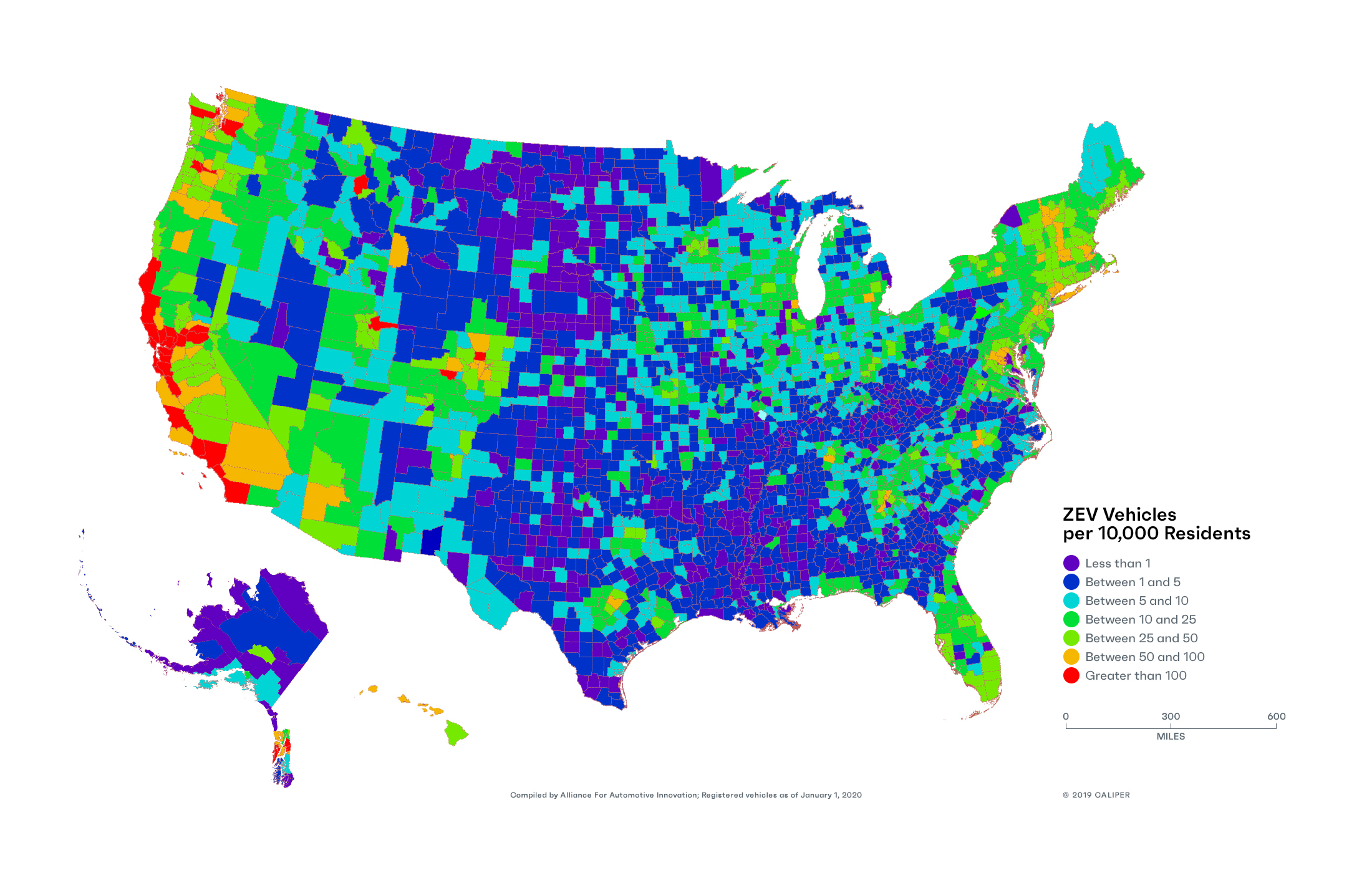 ...have something attractive for everyone:

...are also a great all-electric option, with:

...can be a great option for an EV, if you drive longer distances and hydrogen refueling stations are not available: